When OutSystems released Reactive Web Apps, I figured a few quick tweaks would suffice to make a React version of my WebForms forge plugin.  It turns out there was a little more involved.

In this post, I will walk through the process of converting a WebForms OutSystems forge plugin to a Reactive Web plugin.

What is different in React?

Aside from being a SPA framework, there are many differences. The ones that affected the way the plugin is written are

What does the plugin do?

The ReactFilePondUpload plugin essentially it integrates the awesome FilePond javascript library written by Rik Schennink.  It uploads files asynchronously.  So multiple files will upload at the same time.  There are a number of options including image preview and editing.

It works by uploading a file to temporary database storage and returns a unique token identifying the file.  Then the consumer component passes the tokens to a server action which retrieves the uploaded files by specifying the tokens.

There are two web blocks.  The UploadBlock requires the user to click submit to trigger file processing.  The AutoUploadBlock has a callback that fires when all files are uploaded, so the user does not have to do anything more than dropping the files on the widget.

As you might expect, the javascript library requires a server-side endpoint to accept the uploaded files.  The WebForms plugin was able to use a web page as the target of the standard HTTP upload method via a slightly misused Preparation.

The React Plugin has the same web blocks and configuration, but no placeholder for an input control to retrieve the tokens.  As we have client actions, we can interact with the FilePond javascript library by calling functions directly, or at least via the FilePondUploadJS integration script.

Rather than tell what would undoubtedly be a gripping tale of curious things I tried, how I failed many times, only to triumph in the end; maybe I should spare you with just the short version.  So this is how it ended up.

The configuration is a FilePondUploadConfig structure supplied as a parameter to the UploadBlock web block.  To pass the structure to the integration script, convert it to a JSON string with the JSONSerialize widget.  Pass the output of JSONSerialize into a javascript block as Text. Then convert it to a javascript Object with JSON.parse(). This might seem a bit weird, but if we just passed the object directly we would be working with the internals of an OutSystems structure object.  I avoided relying on internals to avoid breaking changes.

The FilePondUpload javascript object is the integration layer between OutSystems widgets and the FilePond javascript library.  The configure function initializes the FilePond control and sets up all the events and callbacks.

When a file is ready for upload, the FilePond library uses the process configuration option.  This can be a string specifying an endpoint that can accept uploaded files.  However, this does not work for React Web Apps, as pages do not have Preparations, and APIs do not return simple text responses.  Thanks to the flexibility offered by FilePond, for React I was able to use a custom javascript function to perform the upload.

The process function has to read the file using a standard FileReader object.  The file is retrieved in base64 format which is passed to an OutSystems client action.  I have removed error handling in the below code to simply it.

Once we have the file, the UploadFile client action is called.  We can call this because a reference to this function was passed into the FilePondUpload configure function.

UploadFile calls SendFile which is a server action. The SendFile action accepts a BinaryData object.  Fortunately, assigning a base64 encoded string to a BinaryData object converts the string into binary.  Thanks to Miguel Vincente’s forge plugin to show me the way!

SendFile stores the uploaded file and generates a unique token.  Hooray, we’re half-way there. We now just have to get the token back to the FilePond library.

The call to SendFile is synchronous, so UploadFile has been waiting for a response.  SendFile returns the token.  UploadFile was given a success callback, which accepts a token and will in turn call load(token) telling FilePond that the file has been safely uploaded.

Unfortunately, as the call to SendFile is synchronous, we have no way of reporting progress as the file is uploaded.  So the control will just show that the file is uploading, but it will not show what percentage has been uploaded.

How to retrieve the file

A significant benefit Reactive Web Apps give us is the ability to integrate directly with javascript code, without having to resort to indirect practices such as using JSON in hidden input controls as an interface.

The consumer then calls a server function to perform its processing, and calls the FilePondUpload_GetUploadedFiles() server action to retrieve the files.

So there were a few hoops to jump through, but you can see the interface to the plugin is much simpler for the developer using the plugin.  Being able to work within OutSystems in client side code offers a cleaner and safer way to integrate with javascript controls.  Hopefully, as React Web Apps mature in the OutSystems platform, there will also be a way to monitor progress of a call to the server.

I hope you have found this helpful in building your own plugins or at least understanding a bit more about React Web Apps. 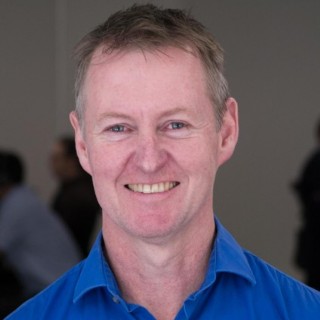